A physical object that exists in two conformations–the chair and the boat–that seats one person. The shape is dictated by the conformations of cyclohexane. (Cyclohexane is a ring of six single-bonded carbon atoms, unlike benzene which has alternating single and double bounds. It has one of a few specific three-dimensional configurations, again unlike benzene, which is planar.)

By manipulating the object, it can be changed from chair to boat, and the object should work as both a chair and a boat. An inflatable frame makes up the cyclohexane backbone and a stretchable waterproof fabric is attached to the frame. Lockable hinges allow the joints to be manipulated into the various configurations of cyclohexane. 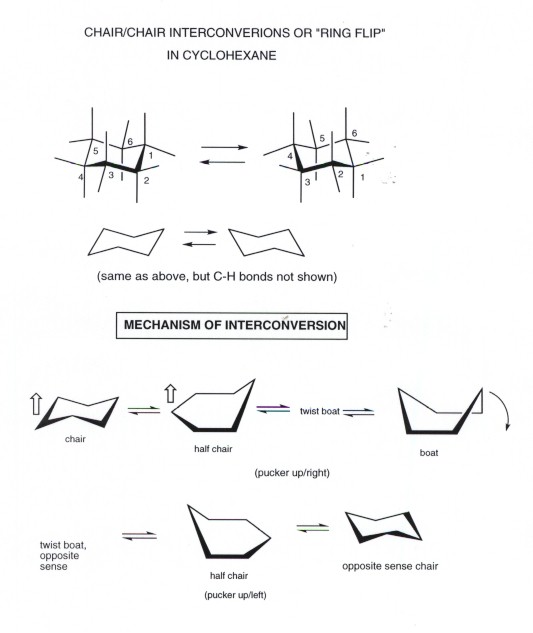